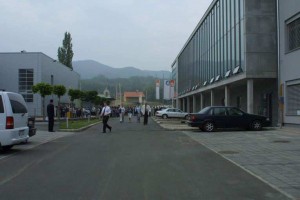 Demmler and Company Ltd., Budapest
Structured cabling for 12 workstations with Apple Macintosh portable and desktop machines, Panasonic phone center with 6 main- and 16 extension lines. Our company made the whole execution.

Residence of World Federation of Hungarians in Benczúr str., alarm system
Whole alarm system connected with police in the four-level house. 6 zone centre with motion detectors, inside and outside hooters, fire alarm. We carried out the whole work from planning to presentation.

Hilltop Joint-stock Company Neszmély Winery
Our company routed twisted pair network with outside cabling in industrial area in Neszmély. This network is in connection with Hilltop-Neszmély Rt.office in Budapest by leased line with a help of a router. The Neszmély workstations reach an IBM Netfinity server on a structure cabled network. There are 3 more premises connect to the server by internet.

We delivered server farm based on IBM xSeries servers. These servers service the SAP system for European region. These servers are multiprocessor and based on Intel platform. We used Fibre channel disk subsystem with DLT type library for data saving. This system is full redundant and error tolerant. The operation system of the servers is Linux.
We installed stand-by server also.

Office of Signal Insurance Company Budapest
We installed structured cabling system with 75 joining points. Producer of the phone centre system is AT&T. We built this system with 2 ISDN BRI, 8 analogue phone lines and 34 extensions and 10 computer connections at the moment. The execution was made by Printer- fair from planning to Computer delivery.

Semmelweis Medical University of Science- Language laboratory
We developed the WEB based terminology educational system in Linux environment. We delivered multimedia language laboratory based on 12 IBM computers and xSeries IBM servers. We built the computer network also. We installed one server for multimedia language functionality based on Windows 2000 server operating system and another server for WEB based applications with Firewall functionality. We developed the WEB based applications like e-learning system, terminological language learning program.

Medical University of Science in Pécs-Language laboratory
We developed the WEB based terminology educational system in Linux environment. We delivered multimedia language laboratory based on 12+6 Fujitsu-Siemens computers and server. We built the computer network also. We installed one server for WEB based applications based on Linux operating system. We developed the WEB based application too.

Dorog Hospital
We were the official planner of the week current network like a sub-contractor Planning office in Dorog.

Dunakanyar Car salon in Vác
We built the structured cabling system with 236 connections. We worked like a subcontractor of Balusztrád Villanyszerelési Ltd..

AGM Zrt. Sajóvelezd
Optical backbone network and structured cabling design and construction of the company’s food processing plant. Our task was to plan and build of the whole network. The site was built complete WiFi network also. Our company ensure IP-based phone service in the factory.

Aerzen Hungária Kft (Esztergom-Budapest)
We designed and execution all of the company’s weak current system of the new factory in Esztergom. The systems include: Structured FTP CAT6 network, Wi-Fi system in the offices and on the factory halls, phone system, IP-based camera system and alarm system.
Delivery of Dell servers, installation and operation of Ms. Exchange-based mail system. Installation and operation of the Navision ERP system, included the SQL database management system.

Magdolna- walley
We installed a radio tower and built a microwave internet service system. We planned this system, installed and we service the internet there.
We invest a lot of time and money to know everything about the wireless connection possibility and new technology in this area.
Our references: Data connection by wireless data transfer at Colgate–Palmolive Hungary Ltd.. Microwave internet service on 5,8 GHz and 2,4 GHz in Esztergom, Dorog, Csolnok, Kesztölc, Piliscsév, Tát, Tokod and Jászfalu. 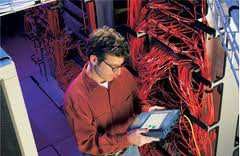